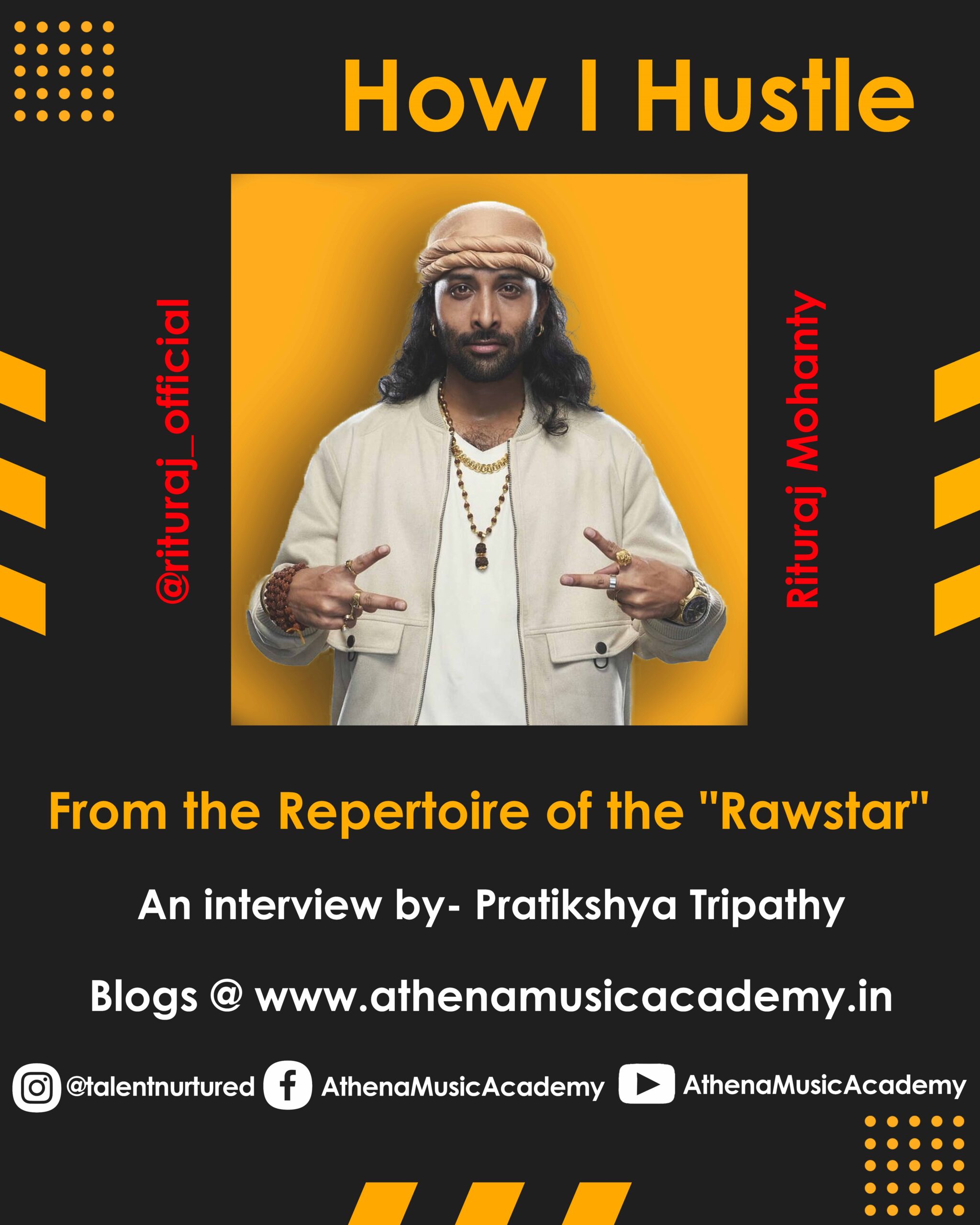 Being written off many times, fighting against the odds, backing himself all alone and finally tasting victory at a national level reality show are a few dramatic sequences within a very underdog story that needs to be heard and appreciated. A rock solid role model, bereft of resources but laden with immense talent and most importantly a man of indomitable spirit, Odia guy Rituraj Mohanty has planted his foot in Bollywood and Ollywood even as his struggle for recognition and securing a defined niche for him in both the industries continue to torment his mind. 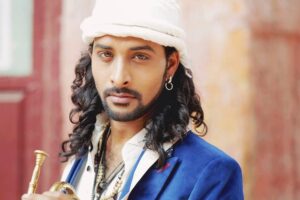 A man who started from scratch, fought his way out, dealt with a pot-pourri of conflicting emotions and insecurities and finally won the love of his audience has proved that he definitely has a long line of achievements to adorn his journey ahead. His “never give up attitude” and enormous faith in himself has earned him unbeatable applause from across the globe. Unfazed by all the glitter and contests in the competitive music industry, Rituraj has been spending quality time fine-tuning his musical abilities during the lockdown whilst working on several of his upcoming projects that he hopes will make an impact on the audience.

Athena Music Academy managed to borrow a few minutes out of Rituraj’s jam-packed schedule and have a fun interview with the chirpy singer wherein he shared amazing anecdotes from his musical journey and also let us have a sneak peek into his upcoming projects. Read on to know more.

How productive has lockdown been for you?

I have been working since lockdown was enforced. Throughout the lockdown, I was in Mumbai working on a couple of projects to be released around that timeline, had the pandemic not erupted. Nevertheless, I’ve successfully wrapped up a few and will soon begin working on the rest as soon as normalcy is restored. When the lockdown was announced, everything kind of came to an abrupt halt and I had to hold back the recordings at the studio unless and until the precautionary measures were put in place. “Recording amidst the pandemic mayhem was a huge challenge for my team, as we had to put up with the restrictions and maintain safe distance to shield ourselves from the virus”! 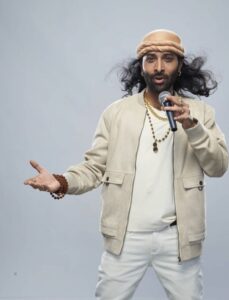 At the same time, the negativity brewing around us inspired me to send out some positivity to the ones afflicted terribly by the pandemic, and I strongly believe that all the tracks that I’ve worked on during the pandemic were like godsent messages for me to do my part in engaging my audience during this arduous time. A few songs that I’ve recorded in the lockdown include ” The World Prayer ” which has other singers like Sonu Kakkar, Shaan and Abhimaan Chaterjee.

Another one is a beautiful number from a very uncommon movie “Haathi Mere Saathi” which had already released on February 28 last year. The song has soulful lyrics and is sure to strike a chord with the music lovers. Apart from that, “Nanhe Kadam” is another track that’s yet to release. Most importantly I’m gearing up for a reality show on Zee Tv titled as “Indian Pro Music League” that will have many talented musicians compete with each other for the coveted title.

Your win at “India’s biggest Rawstar” came as a surprise for your fans, especially the people of your State. How eventful has your journey been?

I had ventured into the music industry before entering into “Rawstar” as a contestant. I had already lend my voice for a background score in a daily soap titled “Suhaani Si Ek Ladki” that aired on Star Plus and apart from that I had sung the background score for the serial, ” Ye Kahan aa Gaye Hum” , composed by Ripul Sharma and written by Javed Akhtar. In addition to that, I had already recorded songs for the movie “Satyamev Jayate “, “Bhoothnath Returns” and “Bangistaan” including a song from the movie “Raees”. After having sung a couple of songs, I was initially hesistant to enter into” Rawstar ” as a contestant, and not a judge! “You know there’s this tradition in any reality show, that you are judged according to your background rather than your calibre that was what I persistently feared before giving my nod for the show”.

Eventually, I got to know that everything on the show wasn’t based on fairplay and that completely shook me and took a toll on my performance as well. Initially, I couldn’t process the “Selective favouritism” and was apprehensive about my own position on the show but what bothered me more was the scanty support of the people of my own state. Though I did redirect my mind to emerge better each day but the only thing that held me back was the lack of support from my own people. I strongly believe that a sea change can be brought about in these contests if the way people think changes noticeably.” Nevertheless, I persisted and never stopped believing in myself and maybe that’s the reason why I won the show and turned heads! ” (Laughs) 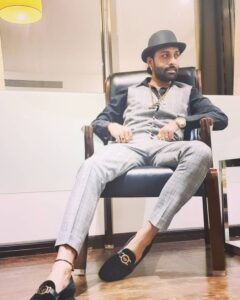 Your wardrobe in the Rawstar was a trendsetter. What made you slip into that kind of an attire?

“Experimenting with outfits was always my thing” (giggles). I’m a big fan of long hair and since my college days, I have developed an obsession of donning long hair and style it in a variety of ways. I once remember Aamir Khan appreciating me for my unique fashion sense and encouraging me to endorse it further. My style found it’s recognition on Rawstar and maybe my different approach towards fashion endeared me to people. (Smiles)

How was your experience of working with other big names in the Bollywood music industry?

I’ve learnt a lot throughout my journey. Initially, I had a problem with my pronunciation, for example, it took me quite a long time to differentiate between the “Sa” and the “Sha” sounds. Similarly, I got to learn a lot from the Sufi singers in the industry and they did guide me throughout and perhaps that helped me get into the character in a movie while I recorded a particular song. I learnt the use of a microphone in a studio and that was my major learning experience. “No matter how many concerts I do, coming back to the studio gives me peace” (Smiles).

Do you feel that “Sufi” is your strength or do you think that you can ace other genres as well?

Rawstar made people believe that I could ace the “Sufi” genre. Since, my fashion sense and choice of songs complemented each other, people kind of developed a perception that my voice is only suited for Sufi songs. But that has never been the case. I’ve aced almost all genres including romance, hip-hop, rock and others.

Would you like to carve your niche in Bollywood or stay back and work on refining the quality of music created in the Odia music industry?

Rituraj: I’ve always wanted to work in my own state and gift my people original and unadulterated music. Unfortunately, that has not happened yet. I feel miserable about the fact that our music directors and producers do not trust and endorse the calibre of “real talented musicians” as a result of which a group of vile people dominate the industry and run the show according to their whims and fancies. This, I feel, prevents real talent from blooming in the industry and traps the artists in a vicious cycle of abuse and disregard. Unless and until this trend comes to an end, there’s no any chance of improvement in the industry. Keeping those things aside, I would proudly say that our state is a storehouse of immense talent and if tapped properly, we would soon bring about a revolution in the industry.

As you said that a lot has to change in the industry, can you elaborate what major changes you’re hinting at?

Firstly, we have to stick to our mother tongue. The lyrics of any song are it’s first essential element. The lyrics shouldn’t be a blend of various languages and shouldn’t be copied from any other source. Authenticity is absolutely essential. Embracing a new approach to create quality music should be our first concern. “Let us not make our own music a sponsoring strategy for other languages”. Live sessions should be conducted so that earning opportunities for talented musicians can be created. Rather than incorporating Virtual Sound Technology (VST) techniques, we should create authentic music with instruments”. Rather than hankering for big names in Bollywood to feature in music albums, our own singers should be offered the opportunity to sing for their own people. Lastly, giving each and every musician, the due respect that they deserve is extremely important.

Knocking down all the hurdles that blocked his way, Rituraj has set a milestone for the youth aspiring to hit it big in the field of music. A very demure yet industrious personality, Rituraj has proved that wealth isn’t the only yardstick to gauge your calibre. He’s passionate, he’s practical and most importantly, he’s hopeful that the slightest of change in the mindsets of people and a novel approach towards music can bring a revolution in the Odia music industry , thus broadening it’s scope and potential. Athena Music Academy admires Rituraj’s frank and genuine attitude towards his passion for music and wishes him all the best for a bright future!

Listen to him here: