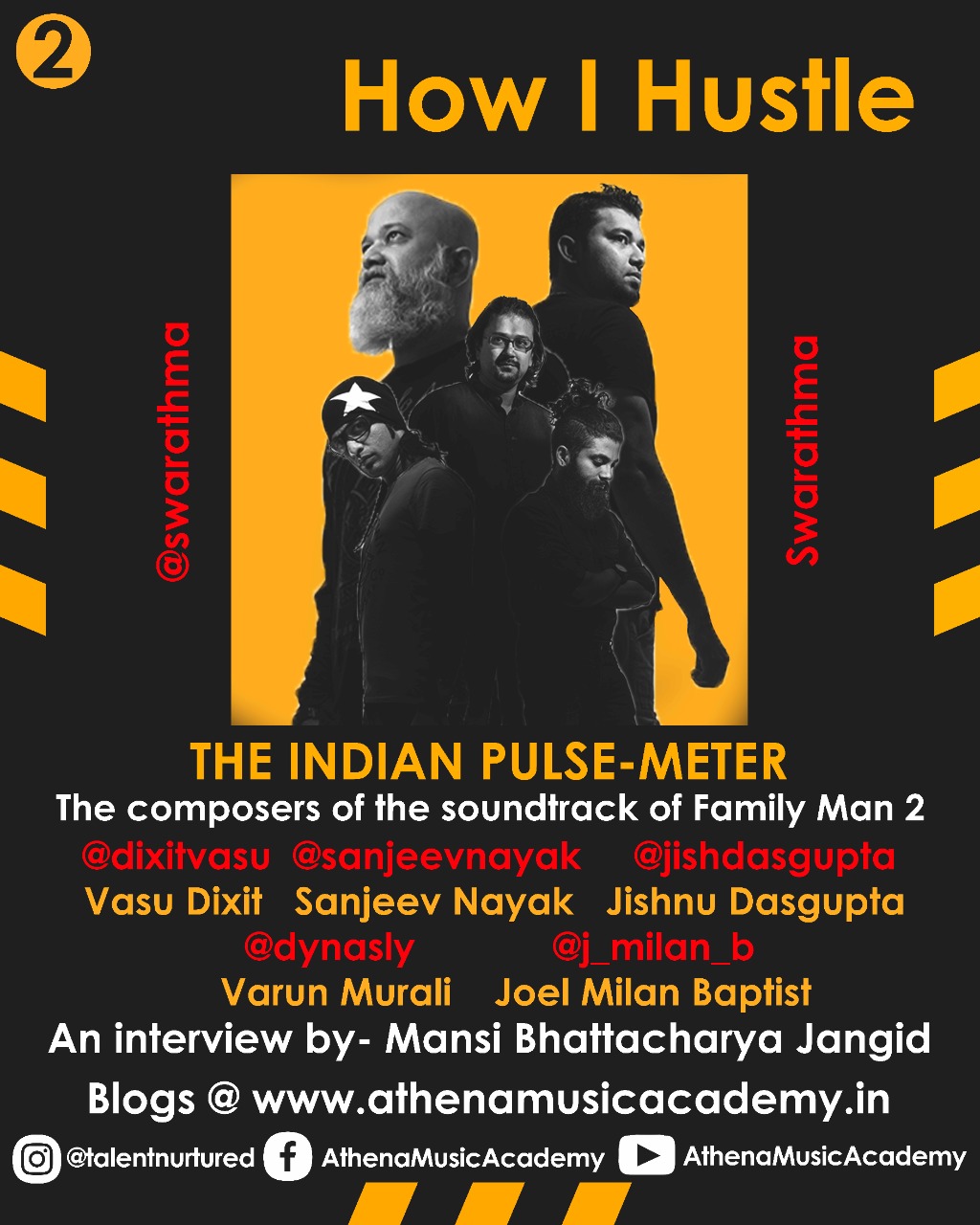 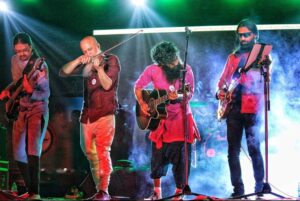 3. How do you (Swarathma) deal with creative block?

Varun: The best way again, is to drop it at that moment and try again later. indian pulse We can’t get emotionally held up on an idea or a situation that’s not working out. We need to know that it’s just an idea. It sprouts, it dies, it might not work out at times and sometimes it just might. The problem arises when you push it or force it to be finished because it’s a natural instinct to want to finish something you’ve started. It doesn’t always work that way. If you’ve written a chorus and you’re unable to write the bridge or an intro or vice versa, screw it. The more you force it, you’ll only end up creating a compromised version of what could have been a lot better; so move on. Try to pick up something else. There are so many songs I come up with but I don’t even take it to the band. I don’t bother if my idea is not good enough according to me.

4. What Mr. Varun just said, coincided with the philosophy of Charles Bukowski i.e. ‘Don’t Try’. At times, as artists, we come up with ideas that have already been implemented before. What do we do then? Do we take a step back or do we go ahead and put that out into the world?

Jishnu: Though this fact about Bukowski wasn’t known to Varun or me, I would probably mock him and say he was quoting Bukowski had I 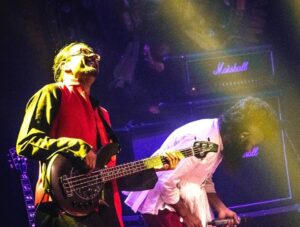 been aware. In such scenarios, we tend to overlook that it is possibly one’s honest take derived from his or her own reality as a creator and that it has it’s own merit. If what you’ve come up with is an honest take on the thing or idea, just put it out for the world to see. However, if you have followed the footsteps or have derived inspiration from someone, give them due credits. We are usually surrounded with people who are bent on finding or forcing a link or relation between things. Sometimes people even compare our song to a cheesy ‘90s song which isn’t even nearly like it and we sit back and watch our idea fall apart pointlessly. However, we need to hold onto our grounds firmly. At times, we even play the song in question along with our song just to check whether there are parts that match or sound similar.

5. Personal views on what you perceive art as and your views on the saying ‘Art is rebellion’.

Varun: Personally, I don’t think art necessarily has to be a rebellion. Though there are great bands with rebellion as their genre, you can just let those opinions or feelings out by conversing with your family or friends in the backyard. Everyone is artistic in one way or the other. They might not have something that they can perform on stage but that does not mean their art form isn’t valid. One thing that I really dislike is when people classify themselves as artists. My question to them is ‘What is so different about you?’ Professionally, it becomes frustrating when people delay their work and assignments using the excuse that they’re ‘artists’. Every art form comes with a restriction and one needs to accept and respect that. The restriction might be such that you’ve to complete an album or a project within a stipulated time frame. We do that as a band. When we haven’t come up with a song and one of the members comes up and says, “We need an album within the next 6 months”, we sit and work. That is the restriction and we respect it. If there’s a deadline and you’re rolling with it and creating something is an example of being involved in it rather than saying “I am an artist and do it when I feel like it”. Being cognizant of the restrictions around you and not treating yourself above and beyond all makes one an artist. 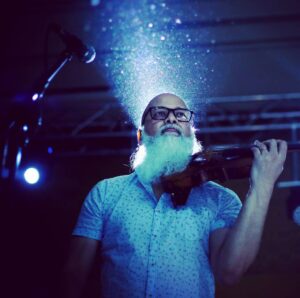 Jishnu: Music was considered as the other side of the coin to Astronomy by the Ancient Greeks. They defined Astronomy as the study of observable heavenly bodies out there in the sky. Similarly, music speaks of the invisible pieces <of ourselves> present inside us. How that relates to the way music is perceived in the modern world is that every deep human emotion <be it a wedding, a funeral, the birth of a child> is accompanied by music. Music helps to make sense. The first public response to 9/11 attack was a classical concert in New York. That was the only legitimate way that people could gather and express themselves. Music can and has saved lives. It is essential. It’s not an art form solely meant for entertainment. Our role as artists is to see the world around you and make sense of it in a way that helps other people see the world in a better way (not necessarily in a positive light but for what it is).

Varun: Back in the days, our drummer used to be very enthusiastic about jammimg with anyone and everyone. He never cared about the quality of the musician he was jamming with. There were some jamming sessions which went terribly wrong with a Sarangi player and another time with a saxophonist and a piano player. Some people walk into the jam room and they play their first note and we are instantly made to question our decisions which led us to that moment. The funny part is that we are expected to be quiet and cultured about it; which is really difficult for me. I’m extremely straightforward. However, during such jamming disasters, I was forced to keep my calm.

Jishnu: We’ve also had some great experiences with really talented people. Being with them shows you why they are where they are. They have the ability to compose as well as to listen. We had once collaborated with a Lebanese band known as the ‘Wanton Bishops’. Their sound was worlds apart from ours. We jammed, we wrote the song, the lyrics and shot the documentary – all in a span of 2-3 days. Varun was basically running on Mishti Doi and Redbull as we were in Kolkata. Another great experience was jamming with Amit Kilam from the band ‘Indian Ocean’. It was like a dream come true. We also collaborated with Clinton Cerejo on the song ‘Agla Savera’.

Varun & Jishnu: We have always loved collaborations because there is always something new that ends up happening which we might not have been able to create on our own. Many of our songs have been a result of someone bringing an Idea into the jamming room. There was a time when we used to jam everyday as a band from 6:00 to 8:30 or 9:00 in the morning. Then we had to leave for our respective work places and colleges. Those were the best days. That is where the foundation of the band was laid and our bond strengthened. It was amazing to see that level of commitment from the band members. We look forward to many more inspiring and fun-filled jamming sessions!

TO READ THE PREVIOUS PART CLICK ON THE LINK BELOW: