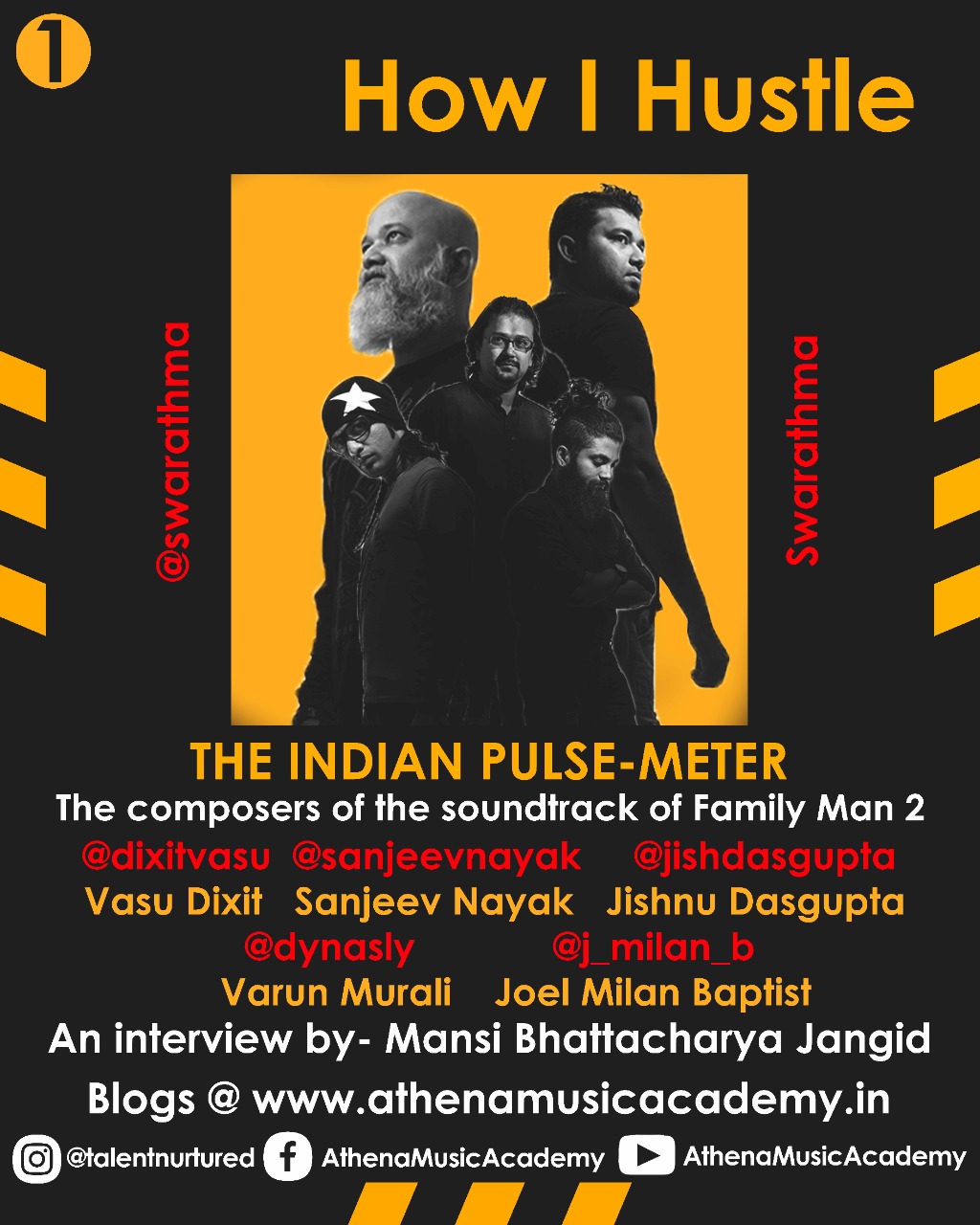 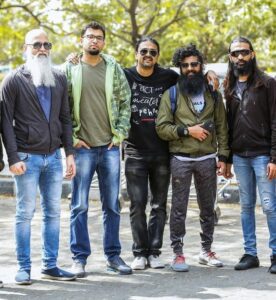 Swarathma is a Bangalore (India) based Indian Folk/Fusion band. The band members are Vasu Dixit (vocals and rhythm guitar), Varun Murali (guitar and vocals), Sanjeev Nayak (violin and vocals), Jishnu Dasgupta (bass guitar and vocals) and Joel Milan Baptist (drums). ‘The band represents the sound of today’s India: rooted in tradition, yet with sights set firmly on the world.‘ The sound is Indian folk and classical blended with reggae, blues and jazz. They’re reputed for visually electric stage acts featuring faux-folk-horses, Bihari accents and Nehru Topis on several occasions. With 2 albums on EMI and international tours of the UK, Hong Kong and Singapore, they have managed to export a brand of contemporary Indian music.

Their music not only shakes up the pieces of your soul but also spreads social consciousness and promotes activism. Their single ‘Beta Sweater Pehno’ has recently been featured as the soundtrack for the second season of the nail-biting, genius Amazon Prime series – ‘The Family Man 2’.

Here’s an interview with two of the band members – Varun and Jishnu! They have given us so much insight on the questions we had asked that we couldn’t help but write an interview that has to be released in two parts 😅
Put on your seatbelts. You’re in for an insightful ride!

1. How do you solve disagreements among band members while trying to work collectively? 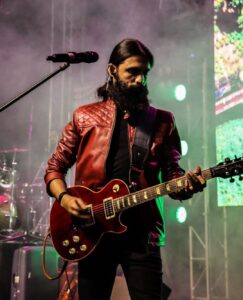 Varun : Disagreements among creative people while working on the same thing is not something unexpected. When there are disagreements during a collective creative pursuit, there’s only one way to sort that out. You sit and discuss things and resort to trying all the ideas out. Sometimes it could be that a member, be it me, Jishnu or someone else, is really firm about the fact that a particular idea might not work out. In that case, we drop the idea and try to steer in another direction. The best way to deal with it is to drop it at that instant and deal with it later because when you’re creating or writing something you’re so engulfed in it that it clouds your judgement. Taking a break and coming back really helps. It clears your initially adrenaline-rushed perspective and decisions even end up changing later on. But yeah, in a band, you’ve got to fight to keep your point forward.

Jishnu: To sort such issues, you’ve to be really dedicated towards the song rather than how you feel about 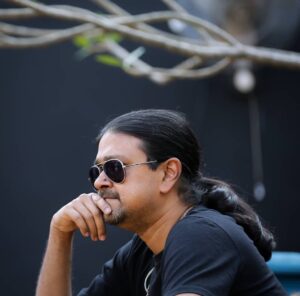 your creativity or someone else’s creativity. Let’s say, I’m completely pissed off with Varun for some reason that’s completely unrelated to music and then he comes up with a tune or a groove or a guitar part. It is likely that I’ll discourage it or disagree with it; not because it isn’t good but due to the reason that I don’t like him today. That’s when taking a backseat or a step back really helps in evaluating whether my thoughts and opinions are at par with each other. As long as one is committed towards the betterment of the song rather than being blinded by ego, the outcome will be positive and beneficial for the band.

2. What according to you is the definition of success of an artist or a musician?

Varun: My perspective on it has always been that if I’m able to do what I love and am able to put food on my table and pay my bills, I’m successful. It doesn’t necessarily have to be only when you’re playing in the biggest of the shows or working on the greatest of projects <of course, that is great and everyone desires to get there but it doesn’t mean unless and until you do that you’re not successful> When we’ve
had disappointing seasons or we’ve not had much shows <take this season for an example, you know how things have been> and we gather as a band on online platforms and take a look at the number of bands that have been able to sail through such a crisis financially, we see most of the bands have broken up. We see artists giving up and finding something else to earn a living from. Whereas we’ve been able to manage so far and have sailed through. That is a sign of success. It’s a fact that we are doing well. It’s very important for us to recognise that we aren’t falling apart else, we’ll keep chasing something and constantly feel disappointed no matter how much or what we achieve. 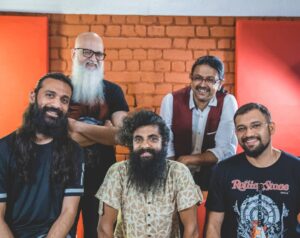 Jishnu: My answer is inspired by a book and an Instagram post that I’ve seen lately. According to the book, the definition of success is “not quitting”. It is, finding the courage to continue even after you’ve entirely stopped or given up. Stopping is something that all artists do and art is all about starting again. One of the things they say is that artists need a ‘destination’ and it’s important to always have a vision. Many artists tend to lose the inspiration once they’ve reached that destination. What the book says is that you need to surround yourself with trusted fellow artists with whom you can share your work that is in progress while you strive to achieve your destination. If you do that, you’ll never run out of destinations because your inspiration will constantly be coming from people who are already on your side and not your adversaries or people you need to impress or win over. Success is – ‘not running out of destinations’ for our creative pursuits.

You’re originally taught to look at success having two parts i.e. either booking prestigious work or booking a lot of work. However, the better measure of success would be a combination of the both. I’d like to share something that every artist should know about success. Pursuing and accepting work that aligns with your value is a measure and a key step towards satisfactory success. Putting food on the table while doing what you love, like Varun said, is definitely a measure of success. Discovering your own unique voice, is another. ‘Do I really have something to say and can my art help me discover it?’ I strongly believe in this ideology because I know we have been able to do it for younger and sprouting artists just like established artists before had done it for us. The final one would be prioritizing your mental health. It helps you achieve anything and everything at any given time.

However, the catch lies in the fact that we have still not been able to completely internalize all this ‘nice sounding gyaan’ and put it into practice. We still get insecure. It is easy to compare yourself with others and feel bad. One needs to get past that. It comes gradually.

Blog 05: Rapper Dule Rocker – The Voice Of The Multitude