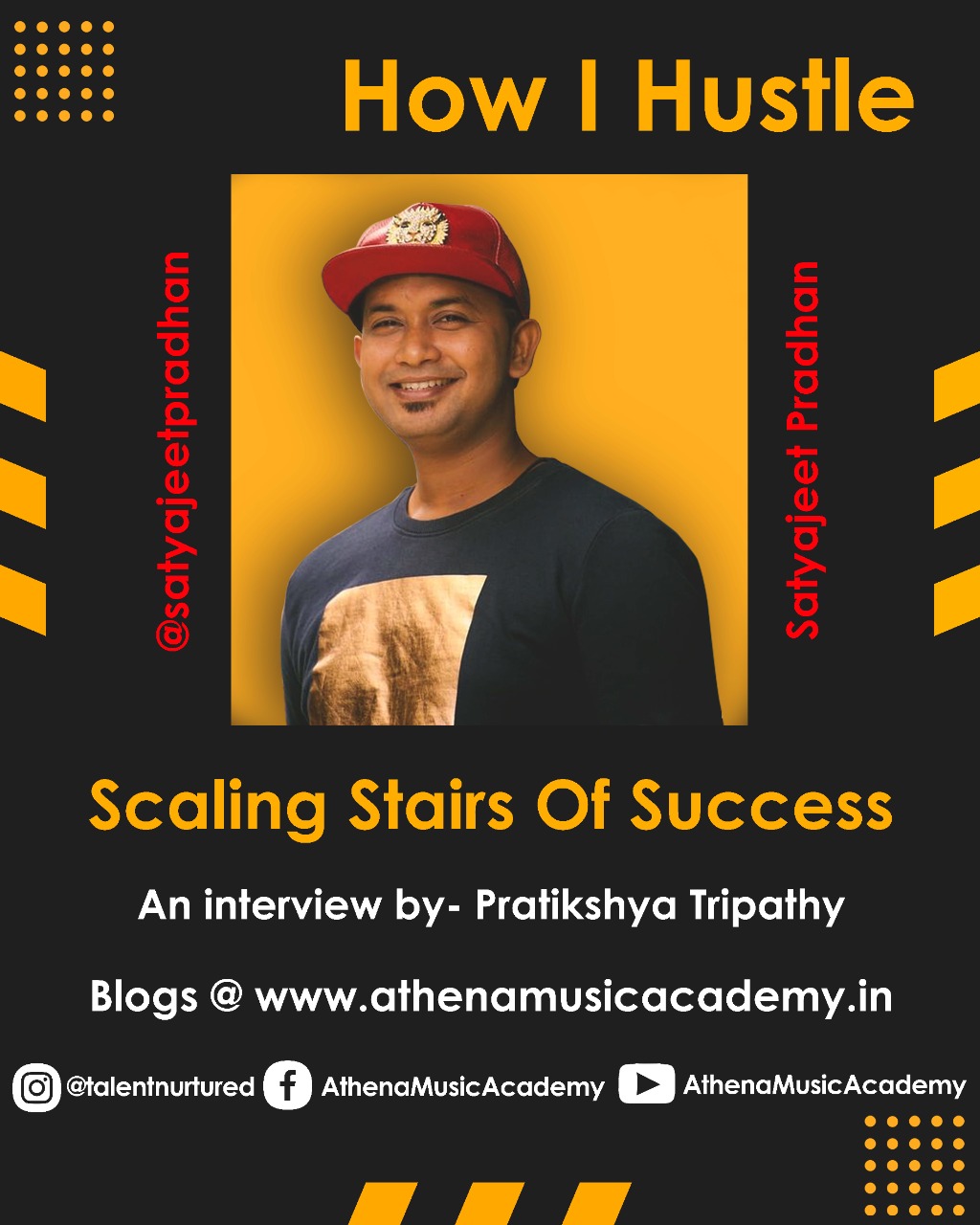 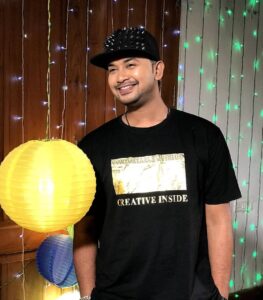 A new face blooming to perfection in the Odia music Industry is none other than the very talented Satyajeet Pradhan. A crystalline voice, an affable personality and an ingenious taste of music has endeared him to the music lovers in no time. His jovial nature blended with an intrinsic attitude towards music has earned him towering acclaim and an unique identity amidst his contemporaries. Satyajeet believes that “Music is all about connecting with the audience”. For him, music is an insatiable passion, a boundless form of communication and a panacea to many weary souls. Satyajeet’s approach towards music is versatile and he believes that catering to the choices of each category of audience is a major touchstone while choosing between various compositions. Satyajeet’s claim to fame is his down -to- earth personality, that adds to his musical ability and definitely makes him one of the most sought after musical artists in the industry.

In a candid conversation with Athena Music Academy, Satyajeet opens up about his musical journey, sharing tit-bits of his personal and professional life,revealing details of his upcoming projects and many more. Read on to have a sneak peak into the fun conversation… !

Q: Could you please give us an insight to your musical journey?

Satyajeet: Music was built into me since my childhood. I did not go through any formal training rather I idolised musicians like Sonu Nigam, Lt. Mohammed Rafi Sahab, Mukesh and inculcated the nuances of music. I started singing at the tender age of 3 and even my parents had no knowledge of my latent musical faculty. It was when my parents discovered that I had developed an inclination towards music, they supported me to continue with it. “I always loved to participate in various music competitions at the district and state levels and I won many laurels for my school. I’ve also been a contestant at the known music reality shows like Indian Idol and SaReGaMaPa, but that somehow didn’t work for me (smiles)”.

Q:There are different definitions of music in varieties of contexts. What exactly is the definition of “Music” according to 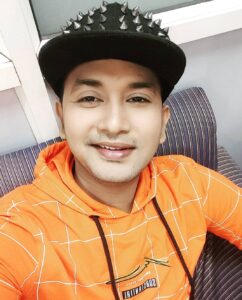 Satyajeet:” Music for me is my reason to exist”. Music is ingrained into me. It’s just another necessity for a human like fuelling up your body and having proper rest, music is an irreplaceable element in my life. It’s an insatiable passion and the purpose I live for.

Q: The concept of Music has evolved. Every other day, there are experiments with music. Music has assumed many forms and each of them has attracted a lot of attention owing to the originality and creativity put into them. What’s your opinion about it?

Satyajeet: Of course music is evolving. The traditional form of music has now been replaced by entirely new genres and forms of music that have created larger opportunities for the music enthusiasts. With the advent and progress of social media,music can now reach every corner of the world thus unravelling enormous opportunities. “Nowadays many youngsters opt for music as a career option rather than venturing into formal education and pursuing 9-5 corporate jobs or other exhaustive posts”. Most parents are now encouraging their children to pursue music as a potential career option if they find their children interested in music” . As a musician, I take immense pride in the fact that music is now receiving the right kind of attention and recognition.

Q: How important is “versatility” as a trait in a musician? Since you’ve experimented with various genres of music, what’s your perspective about being versatile to survive in the music industry?

Satyajeet: Yes, being versatile is definitely important. But there are people who can sing just one genre like Jazz, Classical or pop which is not enough nowadays. Let me cite an example here. “Sonu Nigam Sir is my muse and I generally try to imitate his voice while still adding a hint of novelty into it”.I might listen to Arijit Singh and try adopting his style while keeping my own originality intact”. 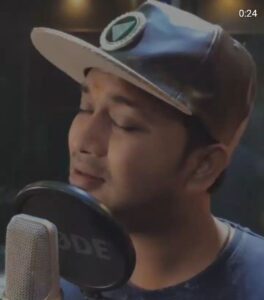 Q: How has your musical faculty changed after you entered the music industry? How have these changes shaped you and your career?

Satyajeet: Well, there are many. I got my first break in the year 2010 when music composer Prem Anand Sir and director Arun Mantri Sir gave me my first big opportunity to debut with the song “Dhuan Dhuan ” from the movie Prem weds Priya. Since then, I’ve tried experimenting with Sufi , classical, pop, rock and folk music. “I always looked up to the Sufi singers for their high pitched voice and how beautifully they pulled off challenging compositions”. That was when I started singing sufi songs and I discovered that I could sing almost all the genres with a little effort and lots of dedication. I observed these tiny details and that has helped me grow and learn over the years. So I believe that if there’s an urge, you can achieve anything you want to.

Q: What would be your valuable piece of advice to the young, aspiring musical talents in the country?

Satyajeet: I would rather suggest than drop any advice. In my view, undergoing formal training in your respective genre of music is a must. I recommend aspiring musicians to go through intensive training to grab the intricacies of a particular genre. “Having a guru in the initial days of your career is a must”.

Q: Social media is playing a pivotal role in helping young aspirants attain overnight fame. Do you think that these budding musical artists who have been “overnight internet sensations” can actually survive the odds in a music industry?

Satyajeet: “Overnight fame is a misnomer”.I do not believe or support any such concept. I believe that each one should go through a particular process, that happens in stages and gradually brings out the best out of a person. I agree that social media is an inevitable part of our lives now and that many young talents are making the right use of it to get the appreciation they deserve. Having said that, we should also neglect the fact that there are many who use foul methods to attain “Overnight fame” as we call it and that’s absolutely wrong! We do 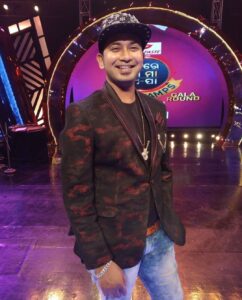 have many young talents who have carved a separate niche for them, one among them being Vishal Mishra. People were and are still listening to Sonu Nigam because of his dedication to his work. So, it all depends on our perspective. Let’s embrace social media but let’s still take a moment to appreciate genuine talent rather than favouring a particular criteria of people .There are people appreciating Arijit Singh and Sonu Nigam at the same time, and on the other side we have music production companies endorsing just one talent and ignoring the rest, which is very disheartening! If this continues to happen, then there’s a large possibility of missing out on potential talents. “I had been approached to lend my voice for a Bollywood track but somehow unfortunately it went to Rahat Fateh Ali Khan Sahab, but I’m still hopeful that I’ll get my big break in Bollywood soon” (Smiles).

Satyajeet has earned a distinct identity for himself in the industry. His sheer dedication towards music has helped him win the hearts of millions of music lovers within and across the state. With such love for music and a ceaseless passion to explore the world of music, Satyajeet has definitely a long way to go. Athena Music Academy appreciates his topsy-turvy musical journey and wishes him all the best for a beaming future!!