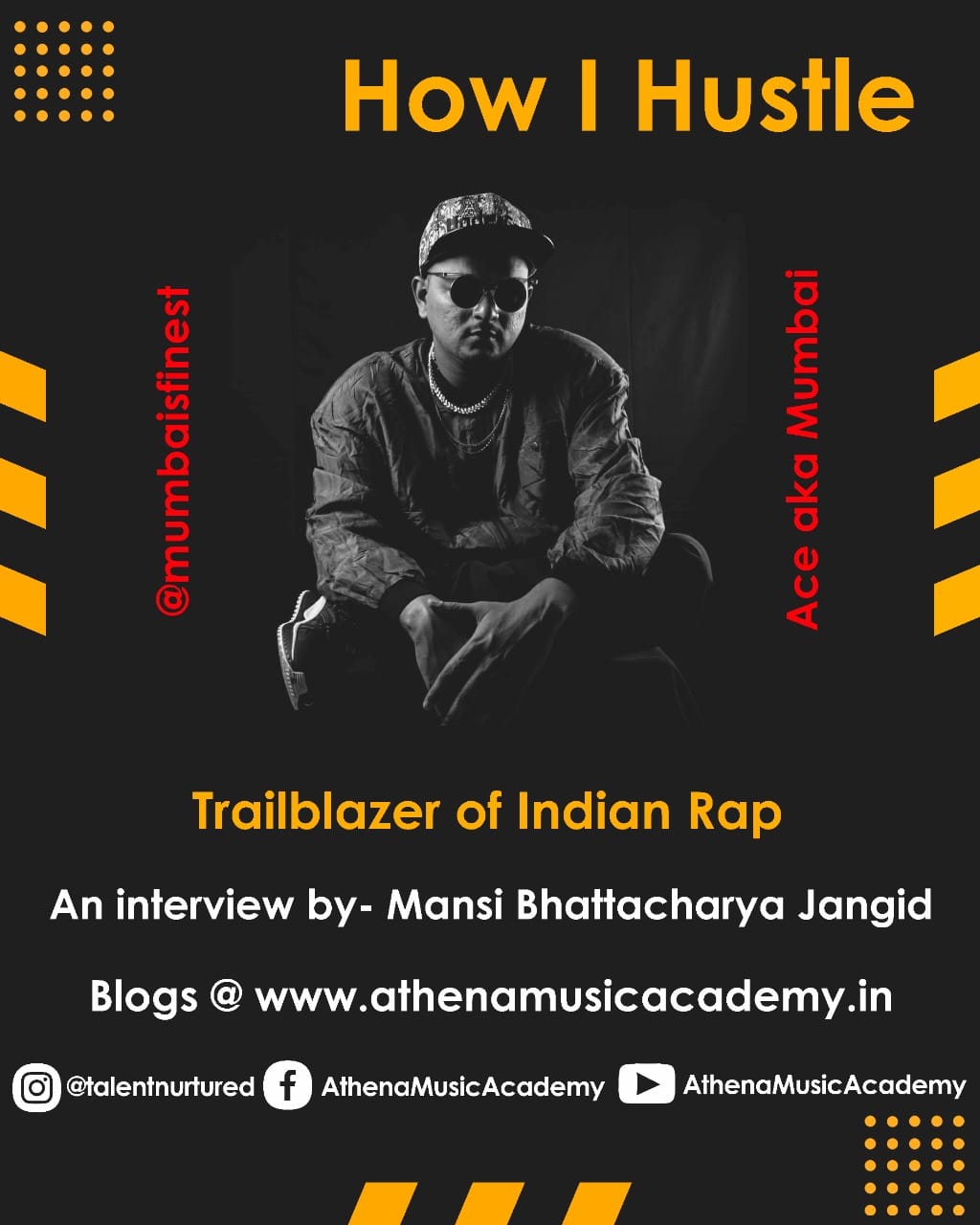 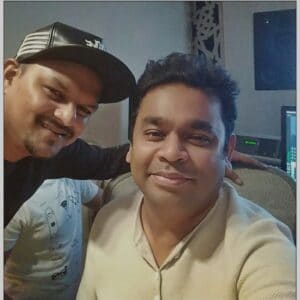 Meet Ace and catch a glimpse of his journey so far. He has been a rapper for the last fifteen years. He is the founder of the organisation ‘Mumbai’s Finest’. Throughout his career he has worked with artists like A.R. Rahman, Shaan, Sunidhi Chauhan, Salim Sulaiman, Kumar Sanu and so on and has been on the set of several bollywood movies doing what he is best at. Ace has won multiple awards, performed at more than 10,000 shows and so on. The transition period of his life dates back to the years between 2006 – 2015 when he was constantly juggling between work and passion. Everyone kept suggesting him to leave work and just rap. He could not take such a risk as rap was still an alien art form. However, in 2015 he received the opportunity of working with AR Rahman and that turned his life around. He left his job and focused on doing what he had always truly loved. He thinks he should have taken that decision earlier.

When did you first discover that you were drawn to making rap music? 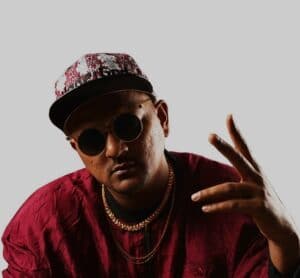 It was way before hip-hop was mainstream that I discovered my passion. Back in 2004 or 2005, I came across Eminem and that inspired me. I was curious to know how he could speak rather rap so fast. I looked up the lyrics of his songs on Google and tried to figure it out. I started experimenting. I’m from Goregaon and it did not take me much time to get surrounded by like minded people who were interested in the art form. We decided to pursue this together. That’s exactly how it began.

You basically write on the workings of the mind and on human relations. Where do these ideas get inspired from? How and to what degree did your circumstances affect you? 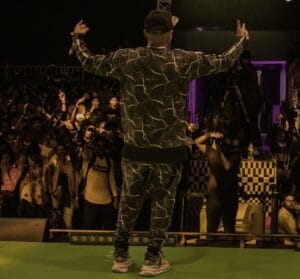 My ideas are inspired from what I observe and go through. All of my songs are a part of my autobiography. They are very close to my heart. There’s a lot of thought, precision and context behind it. That’s the spirit. That’s the craft I’ve learnt to master through all these years. When I was starting off, I didn’t really have the knowledge on how to go about it. I kept picking up along the way. In today’s world, the internet is a vast resource for young artists. There were no apps or masterclasses to teach us the technicalities in a matter of time. There wasn’t even an entire community brimming with bits and chunks of knowledge on rap culture. We had to learn almost everything on our own. That is what gives a raw edge to our authenticity and that makes me feel content.

I did not realise it back then but music is rooted to our circumstances and surroundings. A rapper or a hip-hop superstar usually talks about his/her life or feelings. For me, life as a rapper started with my friends in West Mumbai while we were trying to do something different and make our mark. We eventually ended up nailing that up on the map. That is how rap in Mumbai was born and we started doing what we had dreamt of.

What is your mantra of working with music? 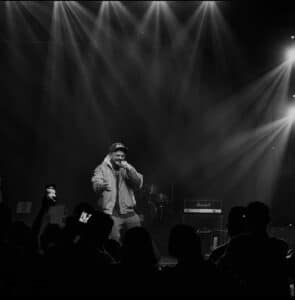 It requires a lot of dedication, patience and focus. One needs to realise that being a rapper is a full-time job. Though we work differently from the way people in the corporate sector do, we have a constant public image to maintain. Our image decides how well our reach is in the market, whether we’re an idol for someone or likeable to the filter crowd. One has to be the best version of oneself at all times. Everything that you go through, inspires you to write. So my mantra is to just go and get what you want and never give up. You can learn to rest but quitting isn’t even an option. There will be times when things will go haywire and you’ll go through your lowest phases. You’ll be invincible once you use that as a medium of getting back at life instead of letting that be a setback. If you listen to my content, you’ll notice that it usually goes from dark to bright. I believe that life for a person who’s been tested through and through, is going to be a happy one eventually. The climax will be all stardust. If you believe in something, it’s possible. That’s the ultimate mantra. 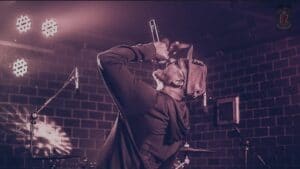 What are your views on the evolution of rap culture over the years?

Currently, the culture is very prominent and recognized because of commercial artists and so on. Sadly, we do not have something we can call our own. Many artists have a derivative bent of mind. It culminates in the predominance of foreign sound and language blends in their work. However, I’m happy that hip-hop is trending now. The culture is growing like a wildfire. I’d be happier if people started understanding what hip-hop really is. It consists of five elements; rap, disc jockeying, music production, beat-boxing, break-dancing and knowledge. People tend to miss out on knowledge. The rap culture is hollow but with the right application of knowledge it will scale greater heights because there are people like me who are working really hard for it.

What is the backstory to your pseudonym ‘Ace’?

There’s a subgenre of rap known as braggadocio. I happened to take a liking to it when I started off. I was looking for a pseudonym when it struck me that ace is a synonym for ‘best’. It kept caressing the back of my mind for quite a time and led me to keeping my pseudonym ‘Ace’. It has become a second persona. 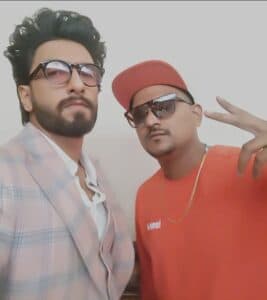 Impact of being a part of Gully Boy.

It was a very fortunate and amazing experience. Being a part of the movie is like being verified on Instagram. It gives people the much needed exposure in the industry. I got the opportunity to create with many of the best artists of the country. We have always been like a family but on the set we had this nostalgic and almost euphoric feeling that we have made it so far together. Earlier, when we were in the streets doing our own thing, we had enormous dreams but hadn’t really thought they would come true unless they actually did. It really helped me a lot in securing more money, in increasing my market rate and reach. There was a song named ‘Har ghum mein khushi hai’ by me that had received quite a lot of appreciation from crew mates and almost everyone I knew. They said it was the epitome of what a rap song should be like. It was very motivational.