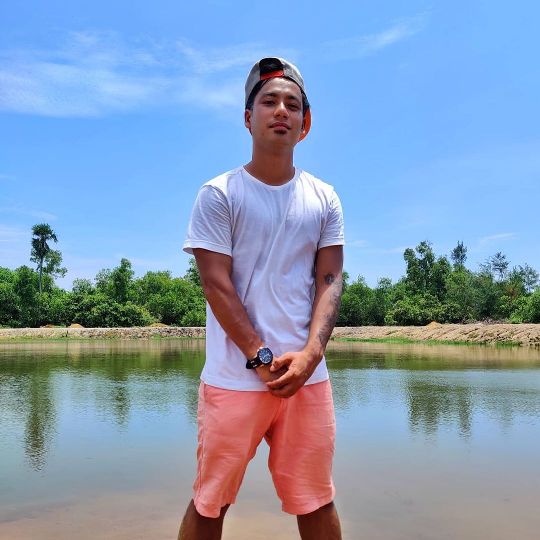 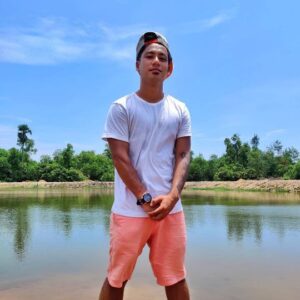 Odisha is India’s best-kept secret. The state never ceases to stand out in any given scenario.

Music has influenced people from all spheres of life. It has been a medium to bring people closer.

But the ones who rise, their life is never easy.

No amount of darkness can stop the Sun from heralding the dawn.

Likewise, a boy from Puri, land of Lord Jagannath, found himself lost and in constant search of his identity. Bullied and made fun of for his appearance, shifting to different cities and states just to have a sense of belonging but yet never quite accepted.

Who knew that very boy would make his way out of all these circumstances trying to cage him and rise to a position that would inspire thousands.

Shamir Rishu Mohanty aka BigDeal made a name for himself and he did live up to it too.

Here is a brief and exclusive extract from the conversation I had with him while being bowled over by his humble and sweet nature. 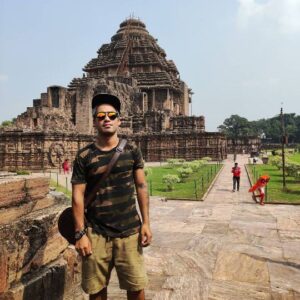 Born in Puri, Odisha, with an Odia father and Japanese mom. How were both the cultures moulding you while growing up?

“ I got the best of both worlds.

The one thing I felt  common was the passionate and warm hearts people had both in Odisha and Japan.

My upbringing made me humble and subtle.  Respecting all those who deserves and giving back to the people was what my parents always taught me even now.

Though I spent most of his childhood with my Uncle and Aunt, but the affection I got was like

I was their own.

Everything I am today is for my “Bapa and Bou”(sic), i call my Aunt and Uncle.

Thanks to that I was exposed to khanti Odia culture.”

“Where do I belong”? The identity question.

“ Things were difficult. I looked like nothing like my friends. I had small eyes. They used to call me ‘chinese’ and whatnot. I was constantly bullied and made fun of. Then I shifted to  Darjeeling for further schooling. Even though I looked like them, but I wasn’t from that region. I was still an outsider.

I never belonged anywhere, and neither did I try too hard to fit in. I was looking for myself, for who I really am. And I was always proud of it. But things changed. As I started getting fame, I was widely accepted everywhere. I hence started to represent NEO (North-east & Odisha).

North East because of my looks and Odisha my roots.

Despite all the hardship, Odisha was where I spent my childhood. And it was beautiful.” 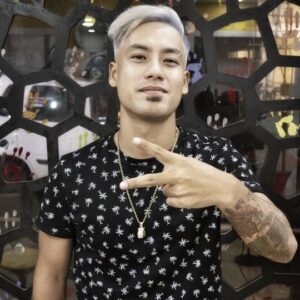 A Boy With A Dream

“Along with what I have achieved, there is still a long way to go. I found love for music at an early age.

It was my escape from all the things that I was going through. So I started rapping. I was very inspired by 8 Miles.  But things weren’t easy. I had no support at the beginning. I had an IT job in Bengaluru, which I quit to pursue full-time music.

I was broke, but my love and passion for music were at its peak. I used to do free shows at distant locations. Most of my pocket money was spent on travelling and rent. Thanks to my then-girlfriend who supported me in all those times.

Times now is very easy. Everyone has phones, laptops and all the tools and yet they keep complaining Times were very different back then and we did not even have the reach social media has in India now.

I used to keep saving money to get a recording session done.

Somehow my dedication paid off and people started appreciating my music and I still keep on working and making things better.”

The Dharavi Project- Bridge from Dreams  to Reality

“I was immensely happy and excited to be a part of such a movement. Yes, this was my time to give back to the world.

Seeing those kids, the zeal they had for music, for life and the storehouse of talent. It really felt so good.

Again, for those who keep on complaining about their life, I would say, be grateful and never let anything pull you down ever.”

Indian Rap culture has evolved in these last decade. From being raw, no filters, old school like Baba Sehgal to blatant show of bling, drugs, money and girls. Whereas some lyrical raps are classic. What is your take on this?

“Yes, rap has evolved. I always had and have an affinity for lyrical rap. Though I enjoy Mumble and Trap, the beats particularly,  I don’t have much interest in Mumble as a genre.

Yes. India has also evolved in the game. And I am happy. However, the tantalising display of bling and eye candy feature is one thing I personally am not a big fan of.

Yes the old school hip hop was inspiring, but times change and not always for the good. Even now people are appreciating the real art that hip hop is. And not just the superficial ranting.”

“I am very happy to see the enthusiasm the kids are showing today. I really love that. This is what I have always wanted. I really appreciate all the budding artists and hope to work with them someday.

The Rhyming Man is one of my favourites.

I really wish them to be original, be creative and keep loving and keep thriving for what you have always dreamt of.

This is what the young and energetic Shamir had to say. Inspired by the likes of J- Cole and Kendrick Lamar, he has set his track right and hustles each day to reach his rightful place at the top.

He shares that his debut album is going to be “vividly entertaining” as he is choosing the right beats to make his lyrical rap not just impactful but also groovy.

We hope he reaches all his goals and hope you liked our inaugural interview with him where we let you in on FMR First Music Report about his soon-to-be-released album.