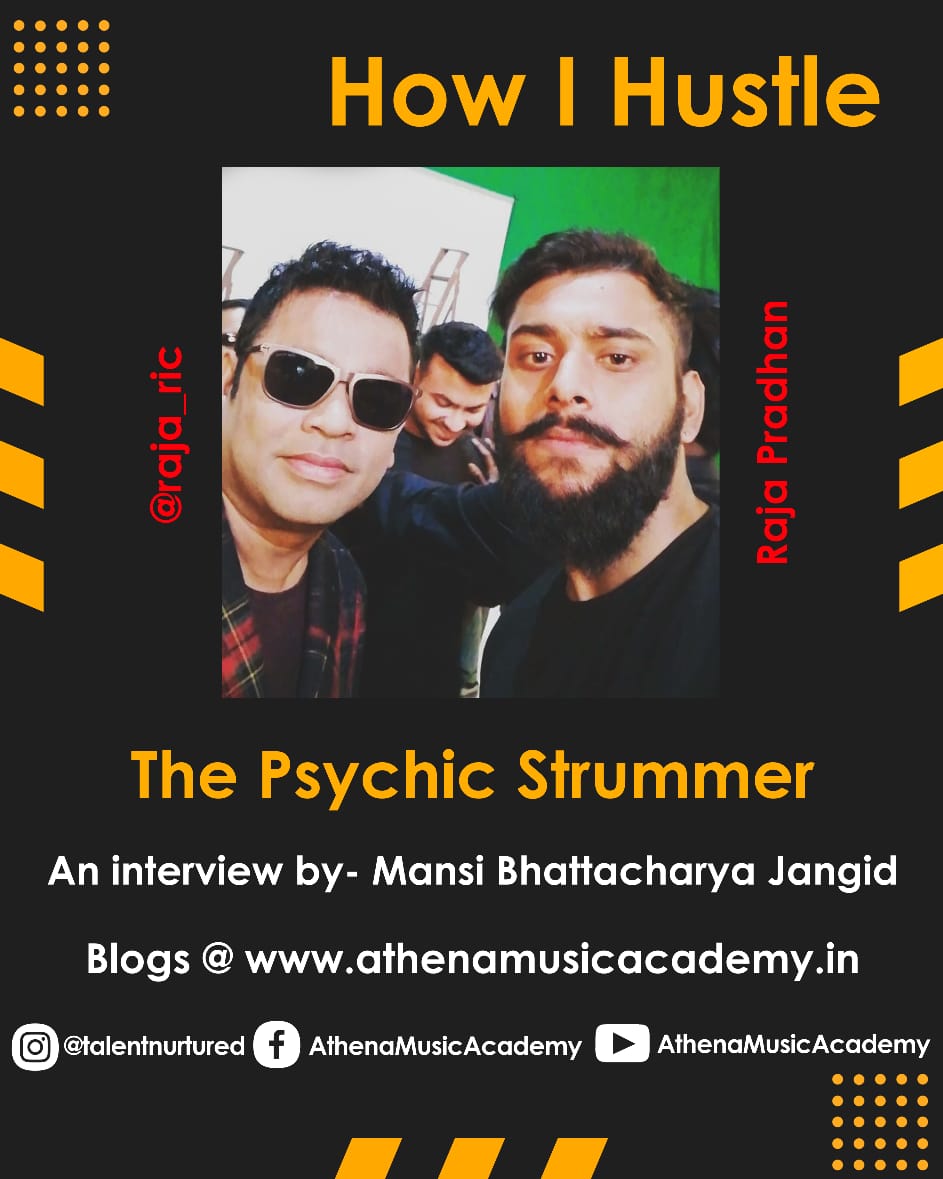 Raja Pradhan is a freelance musician, session music player and composer whose filter crowd ranges from 15-30 years of age. He’s a data scientist at Neural Space whose childhood was spent switching cities every three years due to his father’s job. He is a guitarist, originally from Orissa, Cuttack. A number of shows that he was really looking forward to perform in, were not postponed but cancelled altogether due to the outbreak of the pandemic. He was very gutted to know that. That is when he started a new Hindi alternate band known as The Sleeping Satellite. He released a couple of songs and they were well received by audience. He has also written and performed jingles for advertisements for Raymond, Maggie, etc. His favourites bands are Daft Punk, Muse, Linkin’ Park, Rage Against The Machine, etc. Raja loved Daft Punk and was completely shattered on seeing their final video when they split up. “I was heartbroken”, he said. 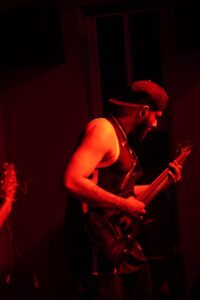 Tell us about your musical journey so far.

As a teenager, I sensed my affinity towards music. I still wasn’t sure whether I wanted to be a musician. However, I wanted to play the guitar real bad. My mentor told me that I was not meant for music. He said that some people are gifted and that I was not. I stopped playing guitar for a while. I was demotivated. When I was in the 11th standard, I saw a group of people playing live guitar and asked them to teach me. I used to watch YouTube videos to learn new things. I kept doing things related to music. When I was in the first year of mycollege, I realised what I wanted to do and took my passion seriously. I learnt playing the guitar and realised only hardwork can take one far.
Soon, I was appointed by the Harmony School of Music. I started teaching beginners whatever I knew. I did my homework very diligently and gathered key knowledge about musical notes, proper techniques of playing guitar and so on. I learnt a great deal of things.
By the time I was in my 4th year, I was performing at local shows. Then I moved to Mumbai and I got maximum exposure. I saw things 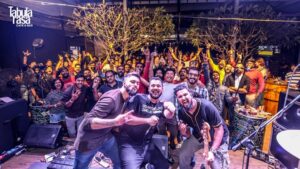 which blew my mind. I met people who I used to watch on the television and social media. They were friends with me now. Within a span of two to three years, I found myself working with AR Rahmaan and Clinton Cerejo. I was awarded as India’s top musician mentored by AR Rahman by Nexa Music Lab.
To join another band called Chabuk (a Hindi-Marathi Rap-Rock band), I had to clear an audition. I was selected as their lead guitarist. I accompanied them on their India tour spanning across five cities, on occassion of their album launch. Eventually, I performed at VH1 Supersonic 2020 which was a bucket list achievement.

How did the mentorship of A.R. Rahman come your way? 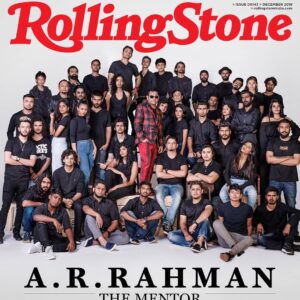 I was in a band named Psychic Magicians. We submitted our songs in a program. It was a world wide competition for Indians spread across the world hosted by Nexa Music. Top 60 participants from the country were selected and post that 24 winners were declared. We went to Clinton Cerejo, worked with AR Rahman. We were on the cover page of the Rolling Stone Magazine in 2019. I felt a satisfying sense of achievement.

I’ve thought about it but running a YouTube channel consumes a lot of time. I’m planning on releasing a series of a few short videos on Instagram. I hope to have a YouTube channel in near future. I’ll be putting up my original compositions and also covers of my favourite artists.

What was your family’s reaction when you chose music?

I was the first one in my family to be this interested in music. My mom was skeptical about this pursuit of mine and kept suggesting me to 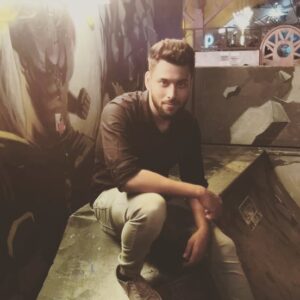 focus on studying instead. Education was mandatory in my household. Academically, I was above average. I entirely abandoned my studies when I went to college. My father was certain that I was going to suffer in future. However, while pursuing engineering in Orissa, I had my name printed in local newspapers as well as the New Indian Express. It convinced my father of the fact that I was doing something worthwhile and that I should be allowed to continue doing so. When I finally got a job, my parents were satisfied. Very soon, I was on the cover page of world leading magazines with Mr. A.R. Rahman. My parents were convinced that I will definitely make it somewhere good in life and eventually supported my dreams.

How did you prioritize your options? What kept you going? 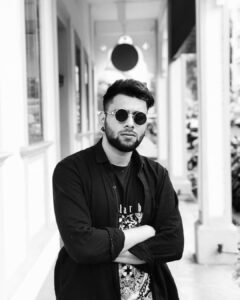 When you lose focus or motivation, you need to have a positive and energetic circle of people with and around you. They pep you up. At times when I did not feel like practicing they motivated me to practice. They made me realise that I would not be able to make it big without doing so. The main mantra is passion and hardwork. I kept on juggling between activities. It broke me inside out. I skipped sleeping because I had to get so much work done. During trying times when we feel stressed out and demotivated, the people we choose to surround ourselves with, matters a lot. Somehow, the energy the directed at me, kept me going too. Moreover, travelling in the crowded streets of Mumbai is a very time consuming affair. I felt drained out and finally decided to leave my job and devote my time and energy in music.
I wrote the lyrics of the song Udd Chala by The Sleeping Satellite. I wrote it at my my office. I dreamt of leaving my job to pursue music. ‘Udd chala main panchi, Zameen se parey’. I wanted to fly rather than sitting through the drab hours in an office cubicle. Whenever I need to derive some motivation, I resort to my own songs.

Where do you see yourself ten years down the line?

Ten years down the line, I intend to become someone who is known for his quiddity. I aspire to be a household name whom everyone will 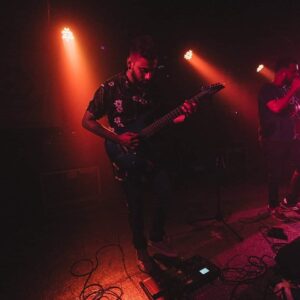