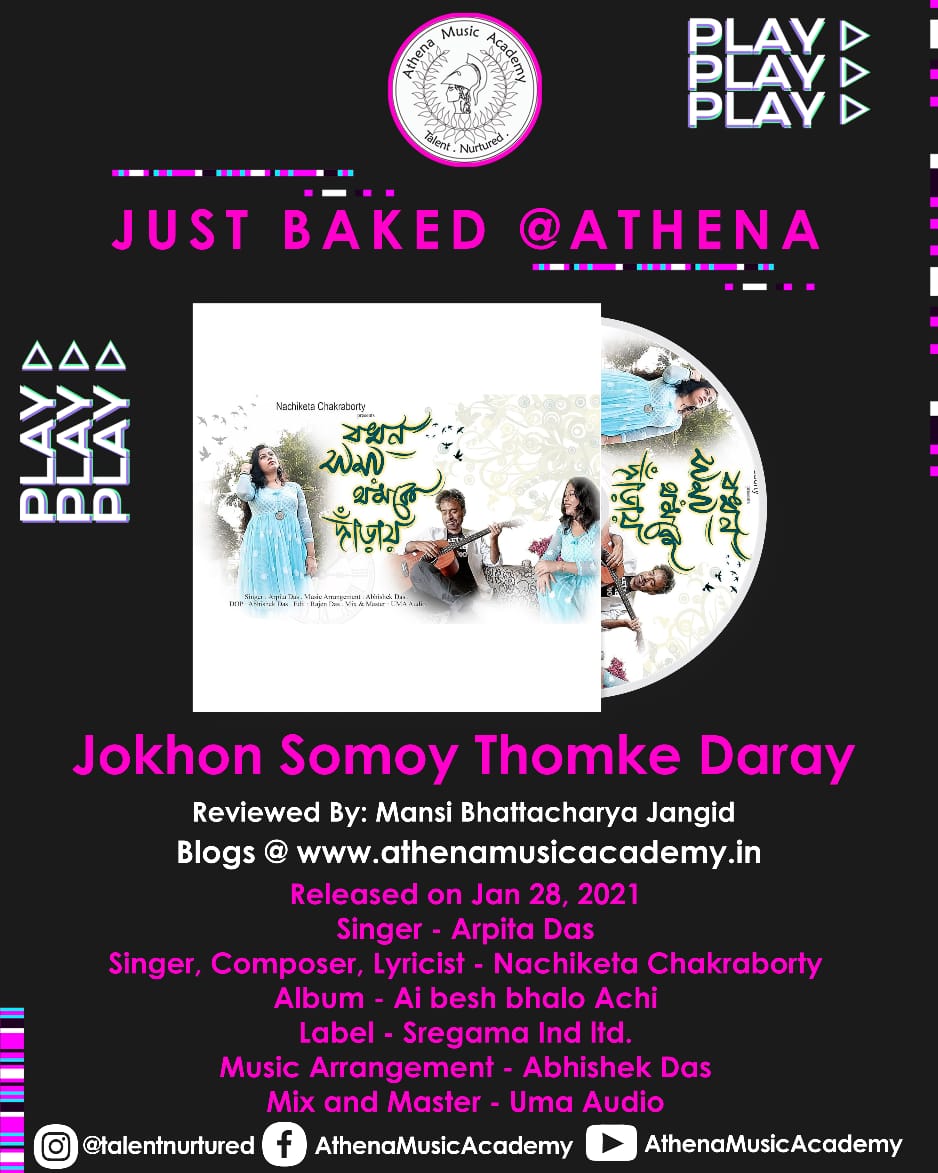 Nachiketa Chakraborty’s trademark hit – ‘Jokhon Somoy Thomke Daray’ has been soothing souls invariably for all these years. On-the-rise and making a mark in today’s music industry, Arpita Das recently collaborated on this song with Nachiketa himself.

One day, while at work, Arpita approached Nachiketa and told him that she was willing to perform a song. Back then she had no YouTube 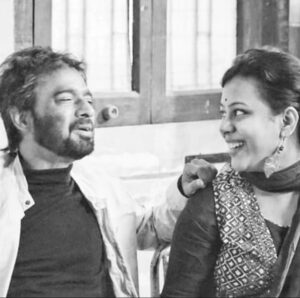 releases. Nachiketa suggested that she could do a cover for any of his songs and Arpita ended up going for – ‘Jokhon Somoy Thomke Daray’ and thus the idea behind the cover song sprouted. After Nachiketa’s approval, Arpita decided to go ahead with the song.

The song was wrapped up soon and within a day. The music had been arranged on the second day. Then she went over to his place to ask for his opinion of the cover. Nachiketa seemed so pleased with the demo that he approved it at once and asked Arpita to release it soon. He also agreed to be a part of the music video. Initially, Arpita decided to release it on his birthday but they had to postpone it due to the lockdown. Finally the new year arrived and the song was released. The music video was shot within a span of 20 minutes and the video was released within a week. Shot at a city residence, the simple track assumes a greater significance when you get to encounter the presence of the man himself! While Nachiketa in the music video gently strums his guitar, Arpita is seen crooning alongside him. The track is such a joy to watch. This cover song is no less than an achievement since it features the original artist in the music video and not many get the opportunity to flex about it.

As it gets underway, there’s a subtle, mellow approach. It begins as a prelude and goes on to offer the bigger picture a little later. The music arrangements seem very powerful and we’ll backed up (especially the instruments such as the piano and the violin that simply melts your heart). There are a lot of feelings incorporated in this particular track and Arpita has definitely elevated the song to a whole new level. 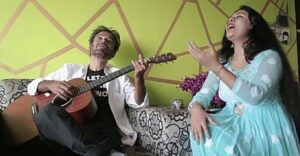 ‘Jokhon Somoy Thomke Daray’ speaks volumes about the struggles an individual has to face while shaping up his dreams and aspirations. Arpita has kept the track pretty simple and her voice never strays beyond the boundary. It hits the right chords at the right time.

Lines such as ‘ami shunnotai thaki’ justly presents the void and the pride led on by vanity engulfing an individual. The moment one gets caught into the honeytrap, the surrounding charm is found only to be at the receiving end of Fate. ‘Jokhon Somoy Thomke Daray’ justly pinpoints how time comes to a rather unknown halt before making everything standstill. 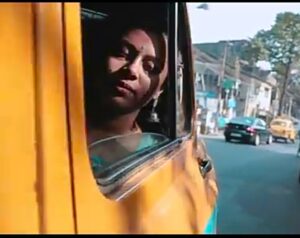 The presence of the yellow Calcutta taxi adds yet another special dimension to the track and then there’s yellow school buses lined up. One naturally ends up wondering whether the hues of ‘yellow’ have been used deliberately and carry a symbolic meaning as the colour stands out as one resembling hope, youth and positivity! This stands out to be a perfect music video for individuals looking for the warmth, positivity and hope in their respective lives.

Arpita, as the protagonist, dreams while sitting inside a taxi that someday she would sing along with Nachiketa and exactly that’s what happens in this cover song video featuring both the duo. If you loved Nachiketa’s version of ‘Jokhon Somoy Thomke Daray’, you are bound to love this version as well!