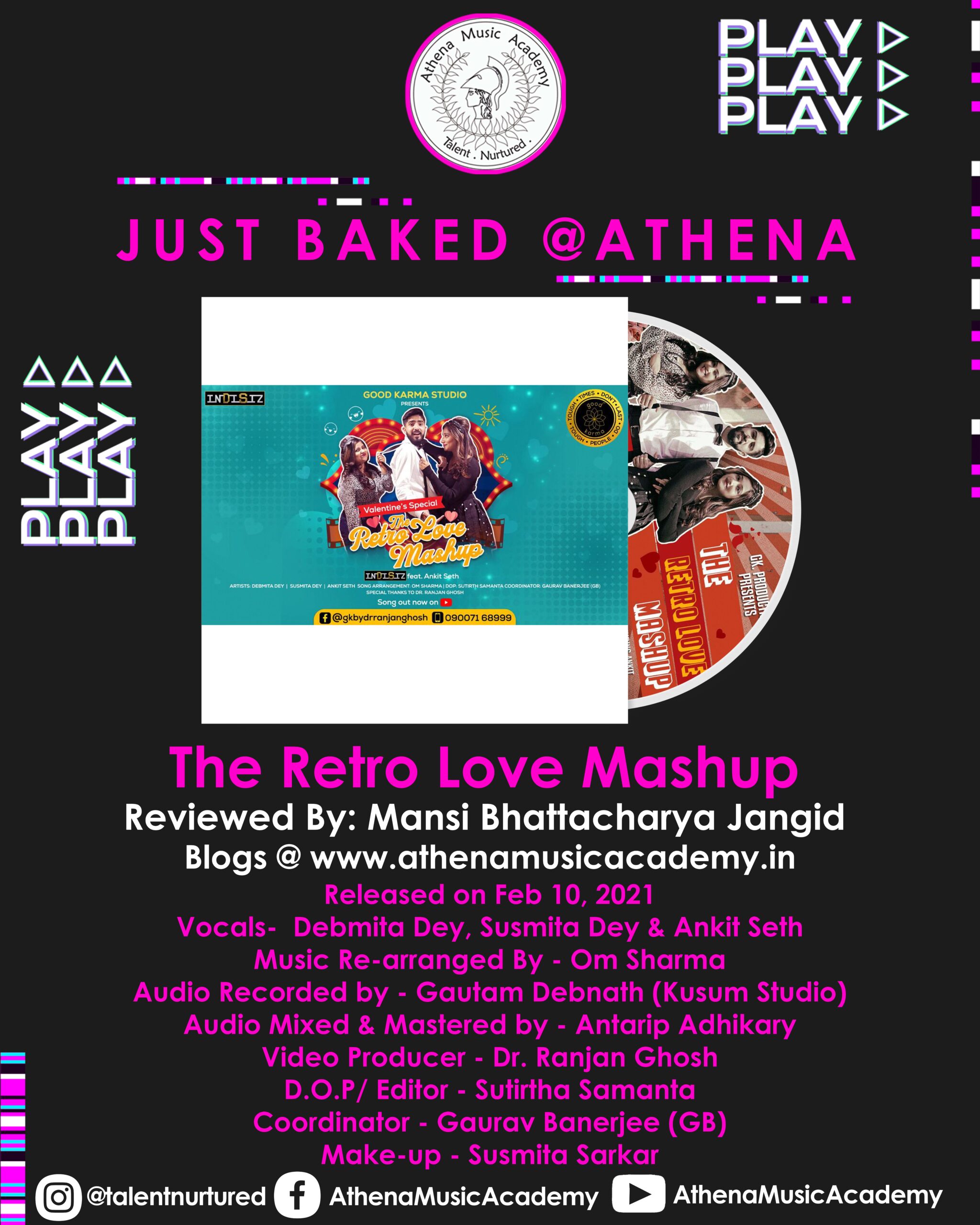 The Bollywood Retro Mash-up released on Valentine’s day 2021 paid tribute to the super hits of the last century by golden artists such as Geeta Dutt, Asha Bhonsle, Lata Mangeshkar, Kishor Kumar, Muhammad Rafi and a few others. The songs are covered by the band ‘inDiSiz’ and a talented young man namely Ankit Seth, whom they featured. The name of the band means ‘Indian Sisters’ and the letters ‘D’ and ‘S’ in capital stand for the names of the two talented sisters Debmita and Susmita. The singers themselves played the characters on screen. The video starts with the song ‘ZARA HAULE HAULE’ giving off light and fun vibes while the actors brighten the screen with their incandescent frolic. ‘HAIN APNA DIL’ follows next indicating the uncertainty of a young heart. The boy’s heartfelt emotions and temptations of youth are in stark conflict and he is unable to come to a conclusion. 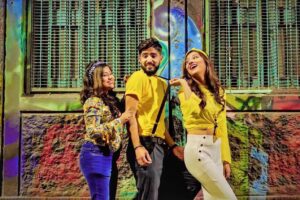 The song ‘AANKHON HI AANKHON MEIN’ comes in next. It plays in the scene where the boy and one of his two lady loves are seated opposite to him on a table at a café depicting a subtle romance between them. The other girl enters the café singing ‘MERA NAAM CHIN CHIN CHU’. She is an extrovert who takes pride in her beauty. Her confidence on screen literally tells us that ‘she is attractive and she knows it’! The boy is distracted from the romance at hand and is mesmerized by her. He sings the song ‘DEEWANA HUA BADAL’. His expression changes into that of someone in grave trouble as he utters the words ‘ghanghor ghata chaayi’. It contributes as an impromptu comic touch added to the scene as he is caught off guard by the first girl.

‘GORE GORE O BAANKE CHHORE’ has been sung flawlessly with the notes hitting just right, each time. The song ‘DIL DEKE DEKHO’ sung by the boy is to urge his lover to fall freely for him rather than holding back her emotions. However, we again see that the boy is caught red handed while holding hands and hanging out with the second girl. As the first girl slaps the boy and he becomes sad, the second girl teases him. She sings the piece, ‘HAAL KAISA HAI JANAB KA’. This indicates that the second girl is pretty cool with things and is not very serious about flying flings of youth. This trait of hers automatically attracts the boy time and again. Their bond holds the potential of both lovers and friends. All young people want is carelessness and fun. They have an aversion for serious stuff as it drains them and it throws them off their elements. 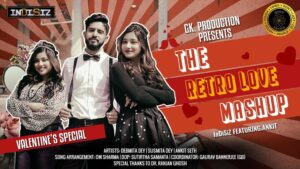 The first girl, despite being aware of the boy’s stray flings, has her heart set on him. ‘JAANE KAHA MERA’ sets the perfect mood for the scene. However, the boy has an evident soft corner for the first girl and admires her beauty and innocence. He sings ‘YUN TOH HUMNE’ praising both the girls as they blush at his compliments. ‘YE CHAAND SA ROSHAN CHEHRA’ show a tangy conflict between the girls, though the first girl despises the second and the latter simply finds the conflict sweet and amusing. ‘AAJ KAL TERE MERE PYAAR KE’ leads us towards a climax and at the end we are left longing for just a few more minutes of the video. The dressing sense, the quality of the voices and the singing, the backdrop and the script are clearly praiseworthy. To experience this wonderful retro world of love and flings with the best of songs click on the link below.