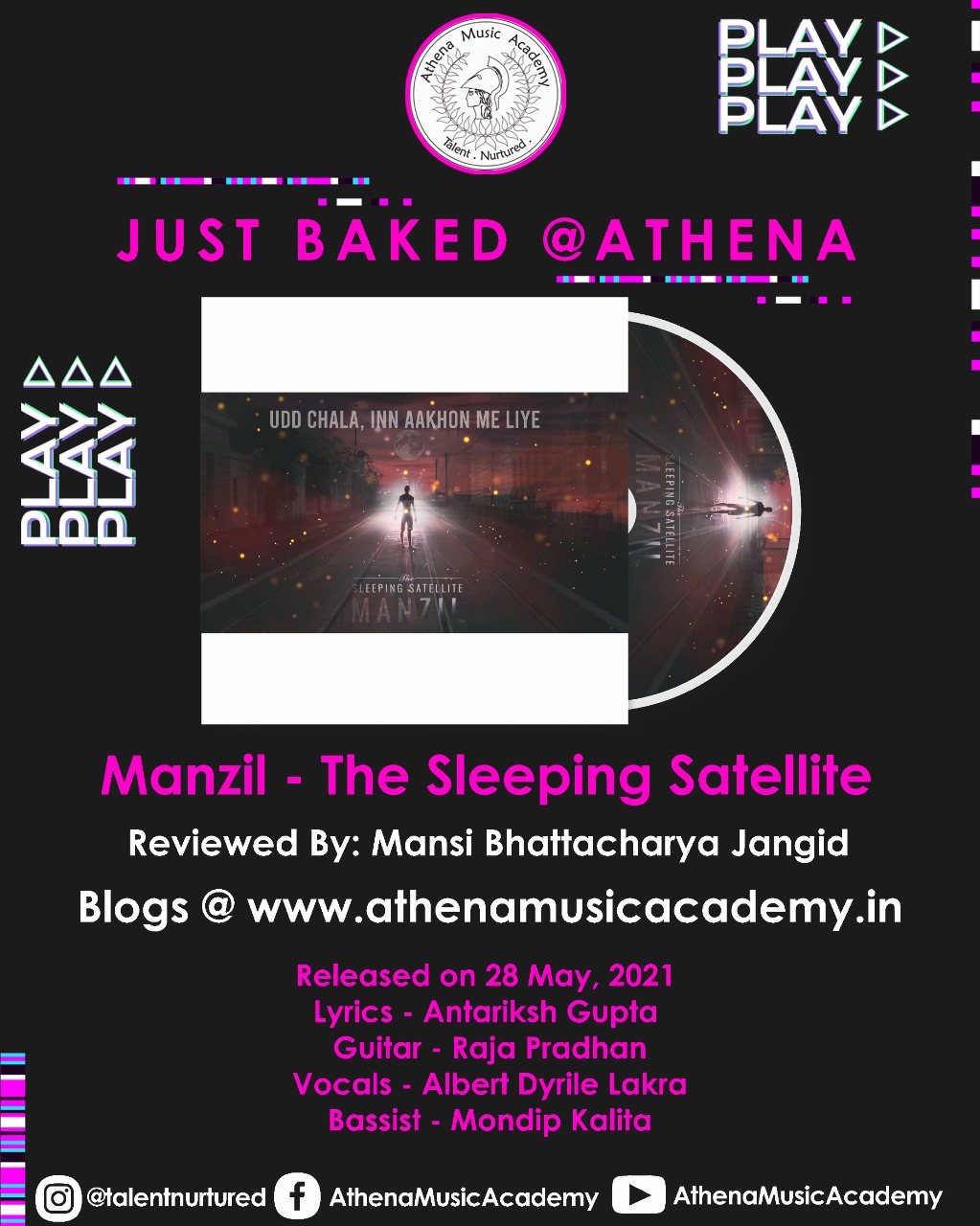 Alternative rock band, The Sleeping Satellite, released their latest Indie song tiled “Manzil” on the 29th of May, 2021. Raja Pradhan, the guitarist says that ‘Manzil’ is not the destination but the beginning of our journey. He says, “We are talking about thriving in the moments while we’re on our journey (to the manzil) and that’s life.”

He said that some are still searching for a direction or an omen to kick start their journey while some may be aware of where to begin but they are not certain whether they would reach their desired destination. However, there lies the thrill. One can end up anywhere. The song can be interpreted in many ways. According to the band members, it symbolises the road to glory and the hustle along the way.

There are inferences from their previously released singles like ‘Udd Chala’ and ‘Khoj’. Their interconnection is based on the theme of the maddening chase and the rush in our veins to bring our dreams to life despite any hardships. The lyricist Antariksh Gupta, has succeeded in leaving one in awe. You are most likely to get goosebumps when the following lines come up “Khoj thi, ik nayi, baaki sab kuch tha dhuan… Aasmaan se agar, dikha girta parinda, mai hi tha, wo mai hi tha”.

The vocalist exudes a ‘detached from the world but sucked and soaked into his own world’ vibe. The combination of guitar and drums spills an intoxication strong enough to keep you hooked if they ever release an instrumental track of the same. The song is a flaming emotion.

The rapport among the band members has strengthened gradually since they’ve been working together for the last three years. They could work in accordance and execute it well. This track, they say, was written down during the initial stages of the pandemic. They’re also planning on releasing other tracks written during that period.

Here’s a link to their latest release :